Like our work? Arrange a meeting with us at our office, We'll be happy to work with you!

We are always looking for new talents and we were expecting you. Time to apply, buddy!

Budapest Korona is located in the main pedestrian street, at the Kálvin Square metro station, 600 metres from the Danube and close to the Gellért spa and the Váci utca shopping street. The hotel consists of two buildings: Building A with 261 keys, of which 198 were renovated in 2008, and Building B with 160 keys, of which 24 are privilege rooms.

The rooms in this hotel are rather narrow. We have designed two types of rooms:

A superior bedroom with an open bathroom, a closed shower and WC, which saves more space by outsourcing the circulation space inside the bathroom.

A standard room with the existing partitions of the current bathroom but with renovated finishes and new sanitary facilities. 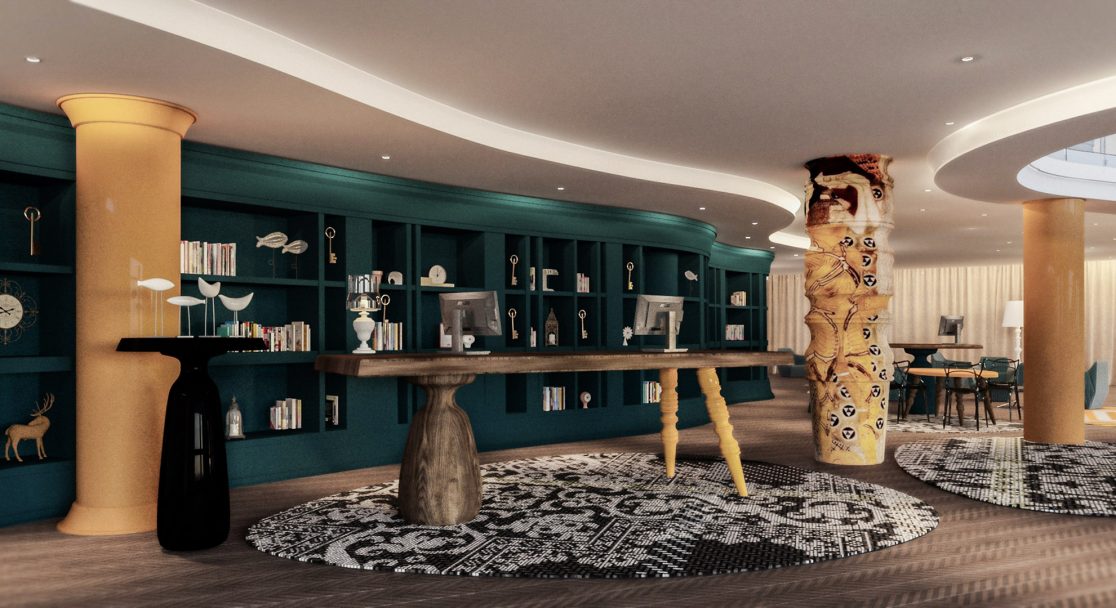 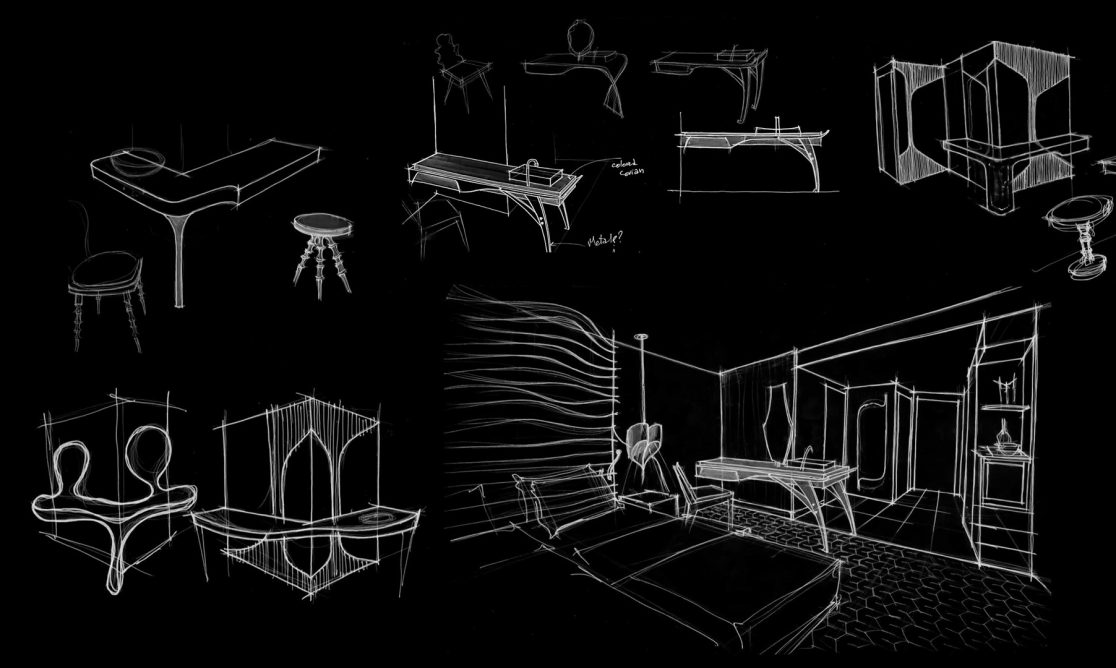 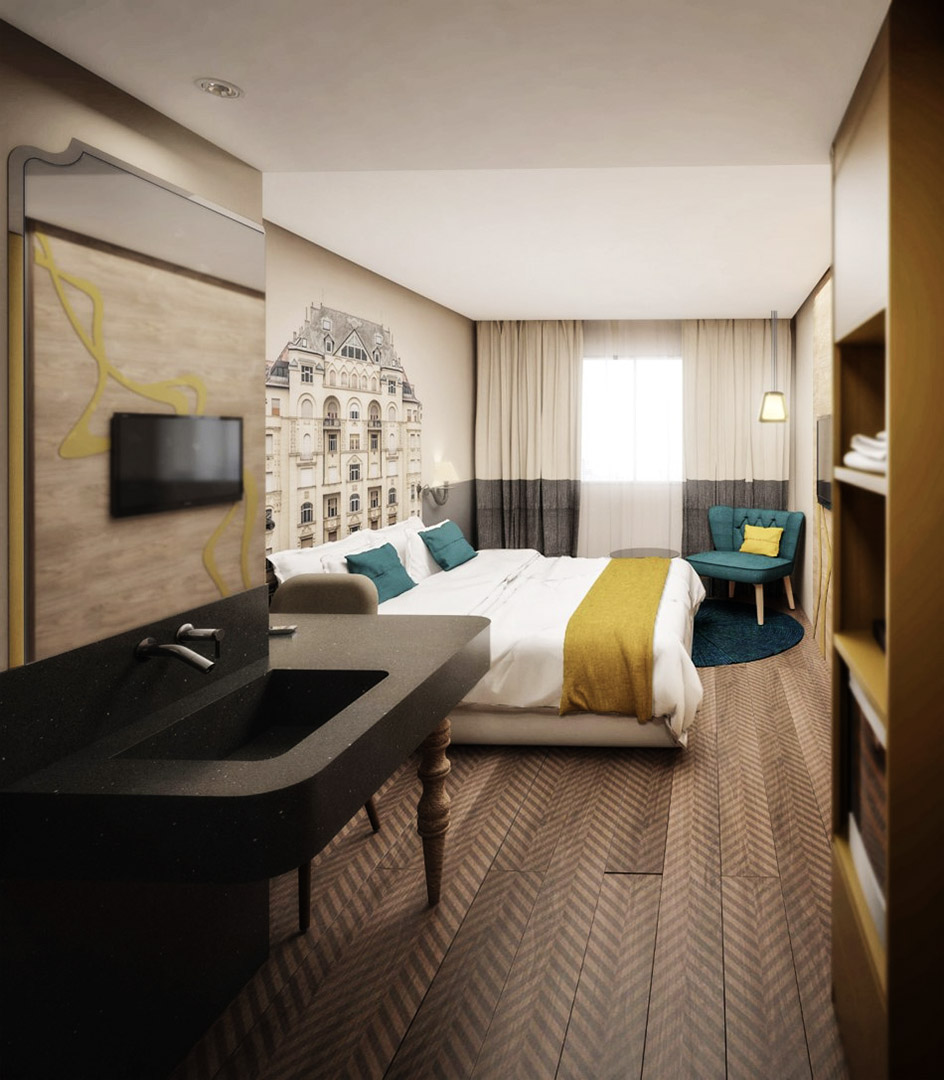 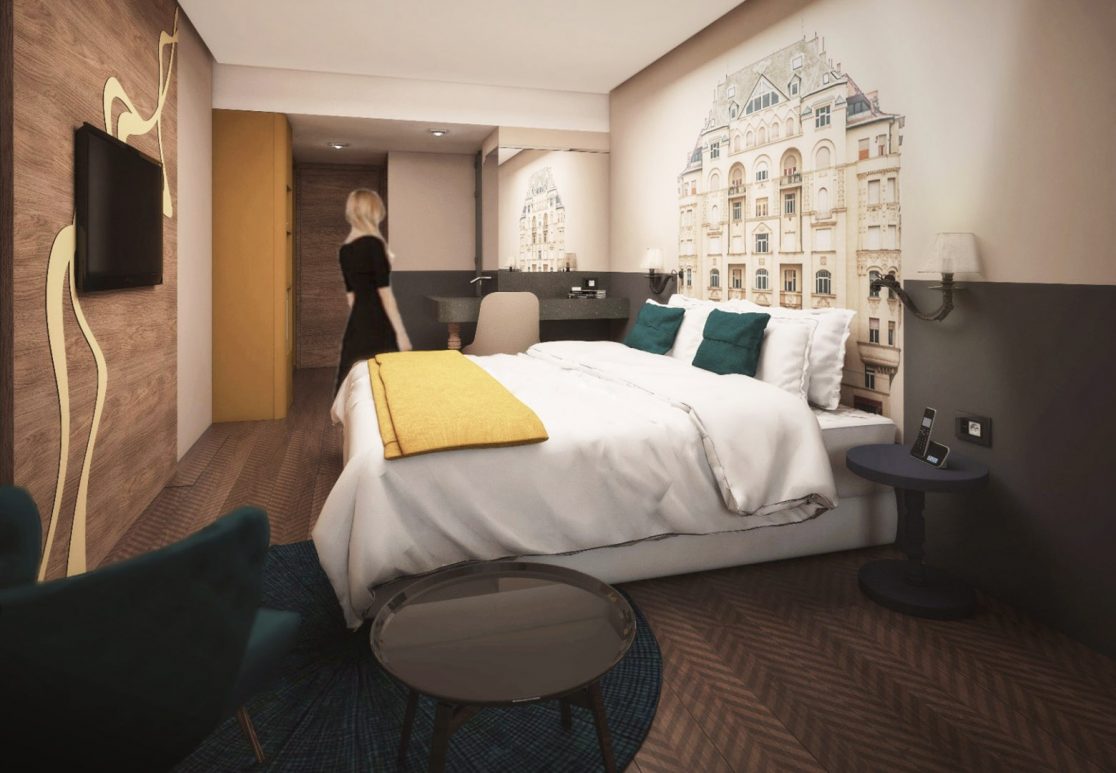